The 4th Eco Energy Ministerial Meeting was held with the participation of Azerbaijan. The high-level representatives of the organization's member countries-Iran, Turkey, Turkmenistan, Kazakhstan, Kyrgyzstan, Uzbekistan, Tajikistan, Afghanistan and a number of international organizations attended at the meeting. Minister of Energy Parviz Shahbazov, who chaired the meeting, spoke about the role of the organization as a format of cooperation promoting multifaceted mutual-beneficial relations in Eurasia. The initiative of National Leader Heydar Aliyev on the establishment of the ECO Research Center in Baku was appreciated as an example of Azerbaijan's high attitude to cooperation with the organization. It was noted that Azerbaijan is the initiator and active participant of a number of projects on transport, energy, regional integration and socio-economic development within the organization: “The trade turnover of Azerbaijan with the member states of the organization last year amounted to about 4.9 billion USD. The share of those states in foreign trade of Azerbaijan made up 20 per cent. These countries have so far invested 16.9 billion USD in the Azerbaijani economy. Azerbaijan invested 18.5 billion USD in the economy of member states", said the Minister.

Speaking about the contribution of Azerbaijan's achievements in energy policy to energy cooperation within the ECO, bilateral and trilateral formats of energy cooperation, the Minister said that the infrastructure of the diversified oil and gas pipelines, created on the initiative of Azerbaijan, connecting the Caspian, Black, Mediterranean and Adriatic Seas, also ensures the interests of the countries of the region and the solution of energy security issues. So far, the Baku-Tbilisi-Ceyhan pipeline has transported more than 438 million tons of Azerbaijani oil to Turkey and world markets alone. Gas pipelines transported 82 billion cubic meters of natural gas to Turkey was supplied. Over the past three years, about 20.7 million tons of Turkmen crude oil and oil products, as well as 106 thousand tons of Kazakh oil last year were transported to the world market through the Baku-Tbilisi-Ceyhan pipeline. The role of the Southern Gas Corridor in energy integration was emphasized: “This year, 2.5 billion cubic meters of natural gas were exported to Turkish consumers through TANAP, while 2.8 billion cubic meters were exported through TAP to European consumers. The fact that the Southern Gas Corridor is reflected in the “Shusha Declaration on the relationship between Azerbaijan and Turkey” is the highest confirmation of the strategic importance of the project in the prosperity of the region.”

The minister  also touched upon the issues related to the support of currently implemented and planned projects and reforms in the electric power engineering sector to the process of establishment of the ECO “Regional Electricity Market”  and to the prospects of new cooperation. “Today, new realities emerging in the region under the leadership of the President of Azerbaijan Mr. Ilham Aliyev lay the way for broad cooperation with new projects to strengthen security and stability, including energy within the ECO. In the future, the planned auctions for renewable energy projects with a capacity of about 700 MW, as well as the joint use of the rich wind, solar and hydropower potential of the Caspian Sea and Karabakh are opportunities for deepening energy and economic cooperation within the ECO."

ECO Secretary General Hadi Soleimanpour spoke about the goals of the Organization in the next decade to bring the share of "green energy" in the total energy balance between member countries to a significantly higher level than now, to strengthen cooperation in the field of renewable energy sources and energy efficiency. He noted the importance of a joint project between ECO and the United Nations Industrial Development Organization (UNIDO) to establish a Clean Energy Center. They also expressed confidence that this center will become a promising element of the "Global Network of Regional Sustainable Energy Centers" covering the whole world. Turkish Minister of Energy and Natural Resources Fatih Donmez, Iranian Energy Minister Reza Ardakanyan and other speakers also noted that initiatives such as the establishment of a Clean Energy Center and cooperation in the field of renewable energy will make an important contribution to the transition to energy in line with the Sustainable Development Goals.

At the end of the meeting, the "Baku Declaration" was adopted with the aim of strengthening energy cooperation within the Economic Cooperation Organization (ECO). The document provides for broad cooperation between ECO member countries in the supply of crude oil, natural gas, petrochemicals and petroleum products, the development of electricity networks, regional trade in electricity, clean energy sources, energy efficiency, financing clean energy transition in line with global steps to combat climate change. The opportunities for green energy in the liberated territories of Azerbaijan and their positive impacts on the climate change mitigation efforts were emphasized at the decleration, and ECO member states and relevant international organizations were encouraged to support Green Energy Concept in Azerbaijan.

The ECO Energy Strategy 2030 and its Action Plan, the Charter of the Clean Energy Center, and the Regional Electricity Market Roadmap were adopted at the meeting. 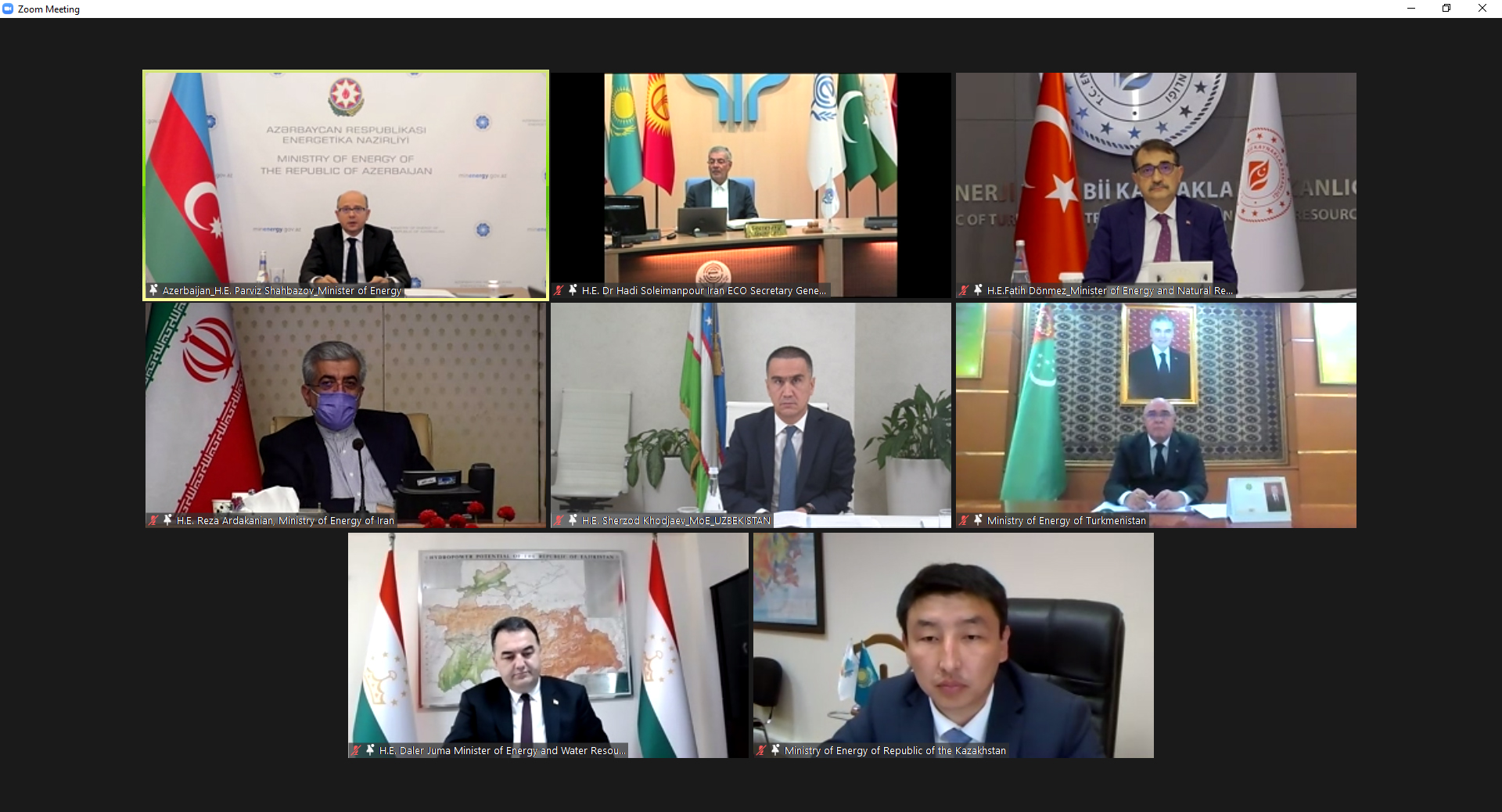 Minister of Energy Parviz Shahbazov attended the Ministerial Roundtable on "Energy, Climate and Sustainable Development" under the framework of the "Charter of Cooperation" (CoC) between oil producing countries

AERA made a report for August 2021

Azerbaijan supports new "Declaration of Cooperation" to increase daily oil output by 7,000 barrels in the country in October